In this post, I’ll show you how TDD is done, step by step with a simple example.

So that you will,

Know what TDD is.

Get started with TDD within minutes! YES.

Practise a little bit of TDD every day with TDD KATA!

So Let’s get started. Test driven development or TDD is a development process, where the following three basic steps are repeated until you achieve the desired result.

Can you actually write a test before writing a single line of implementation logic?

How do you know what method, class, or interface will contain the logic?

That’s exactly how I felt when I first read about TDD.

But once I got the hang of it, I realised…

It guides you through the design.

In this post, I’ll demonstrate each step with a simple example.

The first step is to write a failing test.

For that, we must break down the requirements into tiny bite-size pieces.

Pick one of the requirements, and write a test to validate that behaviour.

Let’s see how this is done. Requirement: I want a function that prints ‘Hello World!’.

This piece of requirement is so small that it need not be broken down further.

Now let’s write a test to validate this behaviour.

So where should we start?

Start with an assert.

That’s the easiest, and best in my experience.

There are so many assert methods in the JUnit framework.

Which one should I use here?

Well, I almost always use assertThat.

assertThat when combined with hamcrest matchers, can replace all others.

It is also a lot better than all other assert methods in the JUnit framework.

In this JUnit4 Tutorial, I explain the benefits and uses of assertThat() with examples.

There are two parameters we need to pass into this method.

If you want to learn more about using hamcrest matchers, check out my JUnit4 Tutorial.

Finally, the assert is ready.

There are a couple of things to note here: Write the minimum code to pass the test.

Run the test and see it pass! 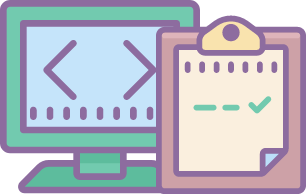 As a result of Writing the test, and getting it to compile, we have the skeleton of the implementation.

Here’s what we have so far:

The very minimum we have to do to pass the test is to return “Hello world!” instead of null.

It may look dodgy, ugly and you might be itching to do a little bit more here

. But be patient, we only want to get the test passing at this stage. We will definitely refactor this in the next step. Now that we have a passing test, it’s time for the next step.

After each and every change, run the test to make sure it passes. This step is as important as the two above. Refactoring both implementation and test is crucial.

Why should you care about the tests?

You’ll see the answer later in the section Quality Matters.

The existing implementation definitely needs some dusting and refactoring.

So I’m going to do the following:

Make sure to run the test after each change.

As a result of the above refactoring, the test has been changed as well.

When it comes to refactoring TESTS, you got to turn your back on some of the BEST PRACTICES that you follow when you write production code. Because,

You got to break some rules here. So, don’t start refactoring your tests before you read these rules of thumb.

For more details on these rules, check out this post on Why Good Developers Write Bad Unit Tests

Looking at the rules above, you might think, is there anything left for refactoring in the unit test?

Well, in my experience there is always something/s that you can do to make it better. Now you have a basic idea of what is involved.

But there’s nothing like watching how it’s done practically.

So let’s see it in action! Writing the minimum code in order to pass the test

It’s that simple. So what’s keeping you from practicing TDD? Let’s get started.

For the majority of us who are so used to writing the method or function first and writing the unit tests later or maybe skipping it altogether, it may feel like swimming upstream.

But like anything, a bit of practice will make it a lot easier and natural.

Following are a few things that motivated me and also planted the foundation of TDD in me.

What is a GOOD TEST?

What is a BAD TEST?

Why should I strive to write GOOD Tests? Some qualities of a GOOD unit test

Why it’s so important to write good unit tests?

Long answer: If unit tests are of low quality, or in other words, if a unit test meets one or more of the following conditions,

Maintaining those unit tests would become a nightmare in the long run.

Ultimately it would lead to ignoring all the tests one by one as they fail.

Power of having good unit tests

That being said, you should not overdo it, because it takes time and effort to maintain unit tests.

TDD really helps in that aspect as well, because when you do it the other way around (i. e. write the code and then try to unit test it), you could easily end up having unnecessary tests.

How to build that TDD muscle? But how do you practice?

TDD KATAs to the rescue.

KATA has its roots in Japan.

“KATA means a detailed or defined set of movements to be practiced over and over again.”

TDD Kata is a tiny bit of coding that you could repeat over and over again.

Not a new one every day, but the same coding exercise until you get sick of it.

So, head over to this repository where you can find a list of Katas to practice and start now.

Want to learn how TDD is done in a Spring Boot application?

Check out the following course.

In this course you will learn how to write unit tests before implementing a single line of bussiness logic, and also how to write seperate integration tests, while building a REST API with Spring Boot.

Learn to mock with Mockito